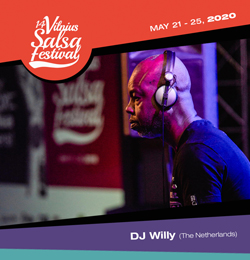 DJ Willy is originally from Surinam ( South America) and that’s where he began his career as a DJ spinning disco, house, R&B and Latin music as early as 1980. The club where he worked for almost 8 years became the most popular one in the country and still is.

In 1992 Willy moved to Holland and one year later he was asked to work for the famous then Latin Club Margarita’s in Amsterdam, where he was spinning mainly salsa and R&B. As salsa was getting very popular in the 90s, he was invited to play music at many salsa parties in Amsterdam and other neighbouring cities. At present, DJ Willy is still a favourite DJ at all the major salsa clubs and events all over Holland and Belgium.

Willy has performed as a DJ next to all the great salsa artists who came to Holland like Grupo Niche, Guyacan, Soneros del Barrio, Jimmy Bosch, Issac Delgado, Manolito y su Trabuco, Spanish Harlem Orchestra, José Alberto El Canario and the greatest till now Eddie Palmieri. He has also been spinning at international congresses in Amsterdam, Haarlem, Barcelona, Paris, Brussels, Sofia, Dusseldorf, Bucharest, Paramaribo ( Salsuri ), in salsaclubs in Kopenhagen, Munich and other citys in Europe and outside. 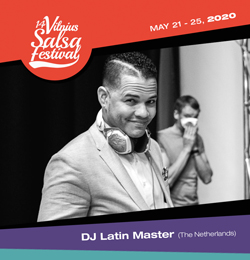 Leonard started his DJ carrier over 22 years ago but he is currently best known as DJ Latin Master on the salsa scene. Over many years of dancing in different countries, Leo created a unique style which he readily demonstrates through social dancing. Apart from great dancing skills, he is recognized as one of the best Salsa DJs in Holland. He has also performed in many European countries and a number of places around the globe spinning various styles of music from 60s and 70’s guaguanco to mambo, Cuban, New York salsa, Bachata and Kizomba. 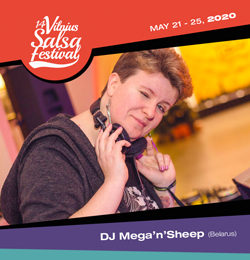 Lena Magalinskaya aka DJ Mega’n’Sheep is one of the major bachata/kizomba event organizer and DJ at regular Afro-Latin parties in Minsk. In February 2011 Lena organized the 1st Belarusian bachata festival in order to promote bachata and introduce kizomba in Belarus, and from that time on she actively supports the development of bachata/kizomba movement by inviting European instructors for conducting seminars, organizing and DJing at Afro-Latin parties.

Listening to bachata and kizomba gradually became an addiction which has led to complete change in her life. Since 2012 her reputation as a DJ has been rapidly increasing internationally. 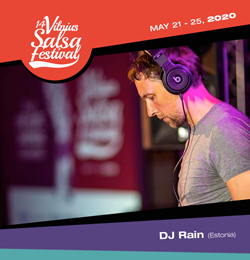 Prior to salsa, Rain was a heavy listener and collector of funk, soul, jazz and Brazilian music. Since getting to dance salsa, he has devoted himself entirely to this music genre. Rain started deejaying salsaa in January 2007, first at socials and then gradually in many salsa spots in Tallinn. Throughout this time, he has been growing with Estonian salsa scene, learning from it and pushing its musical boundaries. DJ at the London 2nd Sexy and Sensual Latin Dance Festival 2010, Latvia Salsa festival since 2010, Tallinn Salsa Festival 2009, 2010 and 2011, Vilnius Salsa festival since 2011, resident DJ at weekly salsa nights in Tallinn, also resident DJ at big monthly salsa events in Tallinn. It is with sheer joy and dedication that Rain shares his love for salsa music and its best/most passionate aspects with all the fellow-dancers! 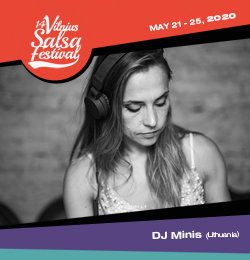 She has played every SalsaSisters eventand other salsa events in Lithuania, gathering experience and inspiring dancers with her tender and graceful selections coveringthe full spectrum of salsa music. 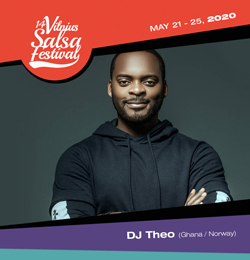 TheodoreWolashie Awadzi aka Theo is the founder of Dance-Drive. He was the UKIDO Kizomba Champion 2012 as well as the 2012 UKA salsa champion heldin Bolton.  His excellent teaching style has earnedhim recognition across the globe. His excellent teaching style andfun workshops have resulted in extensive travel around the world,teaching at congresses and festivals. In between travels he is basedin Oslo, Norway where he has established the Kizomba scene over thepast few years.

Withroots from the West African Country of Ghana, Theo’s dancing andteaching love is not limited to Kizomba, but extends to Semba, Afro-house, Kuduro and Tarraxinha! He focuses on connection betweenpartners, footwork, body motion, Ginga and partner work .
Asidefrom teaching, Theo is also a sought after Kizomba DJ. 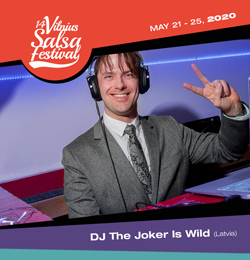 DJ The Joker is Wild from Riga Latvia. Salsa dancer and DJ from 2007. Crazy about Puerto Rican salsa 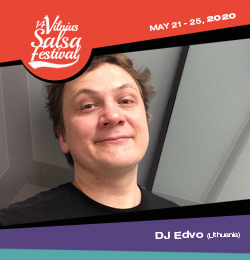 Edvardas aka DJ Edvo is an old-timer at Salsa Sisters dance school and a passionate salsa lover. He is now a regular DJ at SalsaSisters parties and an enthusiastic dancer on the dance floors of salsa parties in Vilnius and elsewhere. As a great music and rhythm lover he grabs his bass guitar once in a while to play with well known lithuanian alternative music bands.